It is probably no surprise that most Victorian houses were not originally equipped with a central heating system, and thus if you have an existing forced air hvac system you may have a mishmash of varying styles of vent covers ranging from old school to modern. You may need to put on your thinking cap to figure out how to deal with the possibility that some rooms get too hot and some get too cold. Experimentation with closing some dampers to divert air to another portion of the duct run often helps in peculiar situation like this.

One sure fire giveaway that an air vent covers is an original is if it is located in between the baseboards and has some large dimensions such as thirteen to fifteen inches wide and a sloping profile that project outward into the room perhaps two and a half to three and half inches at the base and then tapers up to about an inch at the top. That kind of air vent cover was typical for the large coal stoker furnaces used at the time. Those coal stokers did not use a motor to force the heated air to the various rooms. Instead, the heated air was allowed to rise up to the rooms in the house through natural convection, in which hot air rises and cold air sinks. In order to provide an adequate supply of heated air the air vent covers were required to be relatively large. In general, the faster the air travels through the ducting and into the room the less number of square inches of duct opening are required to get the room up to a comfortable temperature. And in fact, modern high velocity heating systems use round openings that are only two inches in diameter. Speaking of which, for Victorian homes that are being retrofitted with hvac systems may want to consider high velocity systems if there is not existing ductwork or it is difficult to run the ductwork with creating unsightly problems or damage some of the historical integrity. With two inch diameter high velocity hoses you can easily run the lines up the inside of a standard thickness stud wall. This might be something file in the back of your mind for future reference if you are planning to add air vent covers to an unfinished third floor, for example 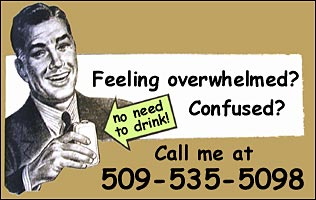