It's preposterous to consider owning a vintage Victorian home, whether it be Queen Anne, Princess, Anne, Eastlake, shingle style, or Richardsonian Romanesque style without giving thought to adorning the walls with some extraordinary vintage looking Victorian picture frames. In fact, back in the day the amount of bric a brac hanging from the walls was fairly overwhelming. But then again Victorians were never known for their restraint in anything.

It goes without saying that modern frames with their thin and narrow often metallic appearing borders simply do not look appropriate. It is best from a taste standpoint to emulate the architectural style when selecting Victorian picture frames. Consider the ever popular oval Victorian frame, either with with or without domed glass. And closely related would be round Victorian frames, which excel for single portraiture. Octagonal style frames often have non-equidistant sides and gently rounded curvatures where the frame changes direction. A similar thing can be said for six sided frames. The cathedral style frame would be considered a rectangular frame with gently rounded corners, except that the top horizontal piece is a half round arch shape.

There are a number of wood like faux finishes to choose from including walnut, cherry, rosewood, burled wood. Certain frames are available in metallic finishes such as silver and gold. Our frames were used in a major movie in which they were located in an antebellum mansion occupied by the leader of the vampires. We'll let you guess which movie it was. Hint: it has one of the best filmed train crash sequences ever put to celluloid.

Measuring for a one of our frames does take a little more thought than a rectangular frame. Be sure to check our "how to measure" page which makes it fairly simple, not to say that you don't still need to use some common sense. 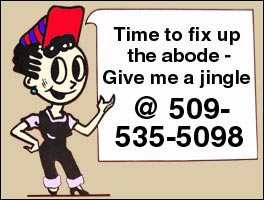