Victorian lighting has been cruelly abused over the years due to poorly made reproductions that really give a black eye to the elegance of an authentic traditional Victorian light. We cater to the historic restoration market and understandably our typical customer has high standards to which we must appeal. Most of our light collections are predominantly actual reproductions directly borrowed from real Victorian light fixtures that we have had the fortuitous luck to locate. You can spot our Victorian ceiling lights in major big budget movies and some can even be seen in the movie trailers.

Victorian ceiling lights often had quite a drop to them due to the high ceilings of the time. The drop is the distance from the ceiling down to the bottom of the fixture. Many of our lights we build to your specification to achieve a certain drop. In the gaslight days gas would come down a tube or stem and then branch out to the lights, which could be regulated with thumbscrews to turn off the gas. Some Victorian chandeliers have a lot of components and some thought should be given as to how to dust them. Traditionally, feather dusters were used, although with care compressed air can work well if kept to a low pressure.

The history of Victorian lighting from candles, oil lamps and coal gas, to incandescent bulbs

When the Victorian period began houses and even commercial structures were primarily lit with candles and various oil based lights, but were soon surpassed by gas produced through the processing of coal. This era of flickering gas flame images is well reproduced in the vintage Hollywood movie "Gaslight". Victorian lighting based on early gaslight fixtures are easy to identify since the open ends of the glass shades point upwards due to the flame. Towards the late eighteen hundreds electricity began to be introduced into the Victorian lighting scheme. Edison was a proponent of direct current electricity, while Nikola Tesla championed alternating current, which ultimately won out due to the ease of covering long distances not possible with the DC power infrastructure. However, early electric service was far from reliable and as a result many fixtures were produced that worked with electric light bulbs, but also featured a gas light. In the event the power went out you would simply turn on the gas portion of the fixtures. These hybrid lights were called gasoliers. We have many models of Victorian gasoliers, but all the lights are electric since nobody uses gas any more. Eventually, electricity became more reliable and the gas portion of the fixtures disappeared, leaving just the parts with electric sockets. With the newly created unreliability of electrical grids, especially in California, maybe we'll be going back to gas fixtures again! 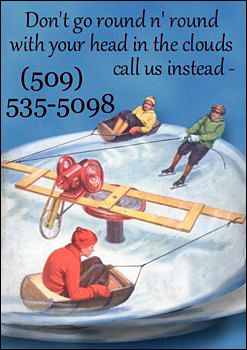